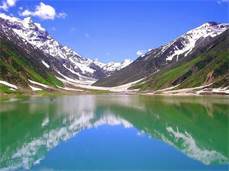 2/ Gospel: NAB Mark 6:53 After making the crossing, they came to land at Gennesaret and tied up there. 54 As they were leaving the boat, people immediately recognized him. 55 They scurried about the surrounding country and began to bring in the sick on mats to wherever they heard he was. 56 Whatever villages or towns or countryside he entered, they laid the sick in the marketplaces and begged him that they might touch only the tassel on his cloak; and as many as touched it were healed.

I. THEME: Human beings must give thanks to the author of life.

In human world, we used to see two typical kinds of people. One kind spends time to learn and to find out the truth, the origin and the cause of things, as one of scientist confessed: “I had found God in the world.” Another said: “I had found God in the laboratory.” These people didn’t see God because He is invisible, but they saw His effects in the world. In opposition, other kind is ignorant, they didn’t spend time to learn history of the world and of humankind or to find out the origin or the cause of things; they also let their pride take over so that they proclaimed some very arrogant statements. For examples, F. Nietzsche, an existentialist, declared: “I had killed God.” Another, K. Mark, the founder of Communism, derided religions: “Religion is the opium of the people.”

If people are humble and eager to learn about the history of the world and of humankind, they shall know that the earth is just one small and fragile of many planets, not the center of the universe as many people thought. The earth can’t support itself but relies on other planets, especially two planets: the sun and the moon. When people recognize their weakness and fragility, they shall be humbler, in gratitude, and relied on the Creator’s wisdom, power and strength.

Today readings help us to recognize the contrast between the powerful Creator and weak human beings. In the first reading, the author of the Book of Genesis reasoned about the origins of all worldly creatures under the divine inspiration. He believed everything that exists in this world comes from God. In the Gospel, Jesus, the author of life, healed all sickness and returned healthy life to people. Two conditions which people needed to be healed are to recognize their sickness and to come to Jesus.

1/ Reading I: God created the world.

The first thing we need to pay attention when we read this narrative of the creation’s account is that it is not an exact and scientific order of what God did; but the report of the creation according to the eye of faith and under the Holy Spirit’s inspiration. The author’s main concern is the One who created, not how He did them in details. He paid attention to the truth based on historical facts, not on their order. Lastly, he concerned about the salvation more than the theology of the creation. He reported the creation according to the understanding and the reason of people at the time when they had not scientific knowledge about the movements of all things in the universe yet.

1.1/ The first day, God created light and separated it from darkness.

The author believed, right from the beginning, there is only one God, not many gods as other religions believed. God created both light and darkness, and both of them are under God’s power, not the two gods. God’s power over light and darkness was expressed by the two facts that when God said, it exists and when God named a thing, it is called. According to the Jewish tradition, the people who named a person, has power over him. According to the author’s thinking, there must be light before everything else, so God must create light before creating all other things.

1.2/ The second day, God created the heaven: According to the author’s description, the earth was covered by water at first, therefore, its boundaries need to be separated. To do this, God made a dome, and heaven likes a giant upside-down funnel to separate water above and below. The tip of the funnel is closed, it is opened when God wants to have rain on the earth.

1.3/ The third day, God separated land from sea and created all kinds of plants and trees:

Then God said, “Let the water under the sky be gathered into a single basin, so that the dry land may appear.” And so it happened: the water under the sky was gathered into its basin, and the dry land appeared. God called the dry land “the earth,” and the basin of the water he called “the sea.” God saw how good it was. Then God said, “Let the earth bring forth vegetation: every kind of plant that bears seed and every kind of fruit tree on earth that bears fruit with its seed in it.”

According to the author’s thinking, wherever is land, there is plants and trees. The important thing we need to pay attention here is that the potentiality of life and the ability of reproduction are already hidden in all seeds when God created them and never be lost. As long as the land remains, all seeds shall produce vegetable and fruits for people to eat.

1.4/ The fourth day, God created all astral bodies: the sun, the moon and all the stars: The author might want to differentiate two kinds of light: the light which God created on the first day is for seeing and the light of the sun. He didn’t have enough knowledge to know both of the lights are coming from the sun. He reported God’s creation of the sun, and the moon as follows: “Then God said: “Let there be lights in the dome of the sky, to separate day from night. Let them mark the fixed times, the days and the years, and serve as luminaries in the dome of the sky, to shed light upon the earth.” And so it happened: God made the two great lights, the greater one to govern the day, and the lesser one to govern the night; and he made the stars.”

2.1/ Sickness threatens human life: Though God created everything good, but evil always threaten human life; one of common evils is sickness. There are many causes of sickness; two of main causes are the pollution and human irresponsibility. To avoid sickness, people need to be educated so they can protect the surrounding environment and their own life.

2.2/ People recognized the author of life: Mark reported: “And when they had crossed over, they came to land at Gennesaret, and moored to the shore. And when they got out of the boat, immediately the people recognized him, and ran about the whole neighborhood and began to bring sick people on their pallets to any place where they heard he was. And wherever he came, in villages, cities, or country, they laid the sick in the marketplaces, and besought him that they might touch even the fringe of his garment; and as many as touched it, were made well.”

How many people were healed by Jesus? We don’t know because the author didn’t give us a concise number; but it must be many according to Mark. People were healed by just touching the fringe of Jesus’ garment, because he had power to heal all sickness. Two conditions people must meet to be healed: first, they must recognize of their sickness; and second, they must come to Jesus, or to be carried out near to him.

– We must confess that God is the author of life. He created all things, such as: water, land, light, seeds… to protect life of all creation. It is not accidental happening as many thoughts.

– God not only created and let creation to live by themselves, but He also controls and provided necessary things for all creation to develop and to come to their fulfillment. He always presents among people to educate, to heal and to protect them.

– By keenly observing nature and carefully reading Scripture, we can recognize God’s presence among His creation and increase our trust in Him.