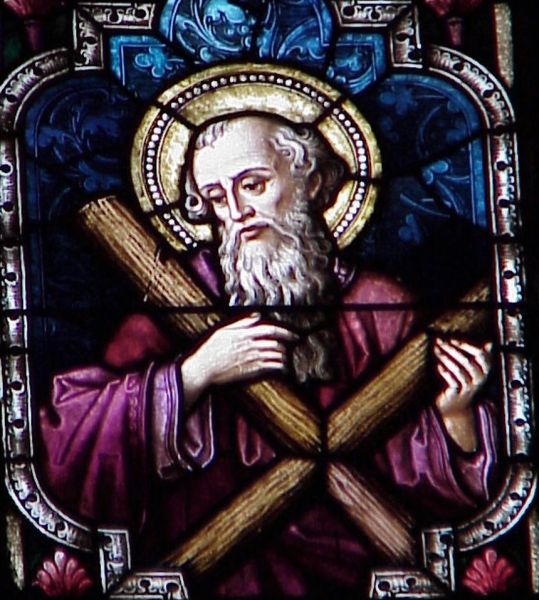 Reading 1 (Rom 10:9-18): Brothers and sisters:
If you confess with your mouth that Jesus is Lord
and believe in your heart that God raised him from the dead,
you will be saved.
For one believes with the heart and so is justified,
and one confesses with the mouth and so is saved.
The Scripture says,
No one who believes in him will be put to shame.
There is no distinction between Jew and Greek;
the same Lord is Lord of all,
enriching all who call upon him.
For everyone who calls on the name of the Lord will be saved.

But how can they call on him in whom they have not believed?
And how can they believe in him of whom they have not heard?
And how can they hear without someone to preach?
And how can people preach unless they are sent?
As it is written,
How beautiful are the feet of those who bring the good news!
But not everyone has heeded the good news;
for Isaiah says, Lord, who has believed what was heard from us?
Thus faith comes from what is heard,
and what is heard comes through the word of Christ.
But I ask, did they not hear?
Certainly they did; for their voice has gone forth to all the earth, and their words to the ends of the world.

Gospel (Mt 4:18-22): As Jesus was walking by the Sea of Galilee, he saw two brothers,
Simon who is called Peter, and his brother Andrew,
casting a net into the sea; they were fishermen.
He said to them,
“Come after me, and I will make you fishers of men.”
At once they left their nets and followed him.
He walked along from there and saw two other brothers,
James, the son of Zebedee, and his brother John.
They were in a boat, with their father Zebedee, mending their nets.
He called them, and immediately they left their boat and their father and followed him.

I. THEME: “How beautiful are the feet of those who preach Good News!”

The Fourth Gospel let us know Andrew was at first John Baptist’s disciple, and after his master’s witness, Andrew followed Jesus (Jn 1:35-40). After Andrew recognized Jesus was the Messiah, he quickly introduced Jesus to Peter, his brother (Jn 1:41), and both of them became Jesus’ disciples. They gave up everything to follow him (Mt 4:19-20; Mk 1:17-18; Lk 5:11).

Their names were listed on the Twelves apostles in Synoptic Gospels and the Acts (Mt 10:2-4; Mk 3:16-19; Lk 6:14-16; Acts 1:13). Andrew was always mentioned as one of the first four disciples. In Synoptic Gospel, Andrew was mentioned only once together with Peter, James and John when they asked Jesus about the day that the temple will be destroyed. In the Fourth Gospel, Andrew was mentioned in the Feeding of the Five Thousand miracle (Jn 6:8-9); and when some of the Greeks came to Philip to request to see Jesus, Philip sent their words to Andrew (Jn 12:20-22).

When all the apostles received Jesus’ command and spread out to proclaim the Good News, St. Jerome let us know Andrew at first went to preach at Cappadocia, Galatia, Bithynia, and the Scythian desert; after that he went to Byzantium, Macedonia, Thessaly and Achaia. The tradition believed he was crucified under Aegeas, Roman chief officer, at Patrae in Achaia. His martyrdom happened under Nero, Roman emperor on November 30, 60 A.D.. His body at first was kept at Constantinople. When this city was conquered by Frances at the beginning of 13th century, Cardinal Peter of Capua brought his body to Italy and put it in the church at Amalfi. St. Andrew was regarded as the patrol saint of the Soviet Union and the Scotland.

1/ Reading I: Their voice has gone out to all the earth, and their words to the ends of the world.

1.1/ The words of Scripture help people to recognize the truth and to believe in God: Today passage continued what St. Paul discussed on the previous chapters about the theme “people were made righteous by their faith in Christ, not by doing the works of the law.” Right on the first sentence, St. Paul showed how people can believe in God: “But what saith it? The word is nigh thee, even in thy mouth, and in thy heart: that is, the word of faith, which we preach” (Rom 10:8).

St. Paul would like to emphasize two things in this sentence. First, God is the first cause, He put the word inside people. Second, Paul is only the cooperator with God by preaching to arouse faith in audience. Paul cited Deuteronomy 30:14 of MT. There is a difference between the Septuagint and the MT: the Septuagint added “and right on your hand;” the author of the LXX might want to emphasize the relationship between faith and action to express one’s faith. According to Paul, one must believe in Christ in his heart and confess him with his lips that Jesus is Lord, in order to inherit salvation.

1.2/ God has compassion on all who trust in Him: God’s salvation is opened up to all who believe and call upon His name; not only limitted in the Jewish circle as someone have thought. St. Paul cited Isaiah 28:16 in verse 11, and Joel 2:32 in verse 13, to prove this truth. This is logical and shows God’s love for all people. And Paul concluded: “For there is no distinction between Jew and Greek; the same Lord is Lord of all and bestows his riches upon all who call upon him.”

2.1/ Jesus called the first four disciples to follow him: Jesus invited them to pay attention to a higher mission which is to bring God’s truth and salvation to all humankind. When we at first listened to Matthew’s report, we wonder how these four disciples could respond to Jesus’ invitation quickly and at once.

These four men certainly had opportunities to hear Jesus preached in Capernaum synagogue and surrounding region of Galilee; to witness miracles Jesus performed; to listen to what people talked about him… All these made the four men to ponder many nights, so that when Jesus officially called them: “Follow me, and I will make you fishers of men;” they immediately gave up everything to follow him.

2.2/ The disciples must respond at once: However, their responses still startle us. Their careers are not easy to give up because they are related to earn money for living. They probably asked themselves, “if we gave up our careers, what will we do for living?” Moreover, to leave their father with torn nets on the boat is even more difficult. Now was the time for them to support their old father, how could the two young and strong sons leave him alone to follow Christ! Lastly, they might also look deeply into themselves and asked the question: How can fishermen bring God’s truth and salvation to people? They themselves were needing them.

They had courage to follow Jesus’ invitation because they were guided to recognize what was the most important task in their life. They followed Jesus because they recognized there are many things in life which are more important than career and helping their parents physically or materially. Jesus must have what could fill up deep desires in their heart. They had seen people eagerly flocking to Jesus to be taught and healed. They must be proud to become Jesus’ disciples, and their participation in God’s plan of salvation must be the most deserved desire.

– In our life, there is something more important than our career. We should imitate St. Andrew to look for the truth; and after we have found the truth, we should announce these truth to all people.

– Like St. Andrew, when he discovered Jesus as the Messiah, he led Peter his brother to Jesus; we should also people to Jesus so they can believe in him.

– In the progress to bring people to God, we are only God’s instruments. In order for people to repent and to believe in God, they need God’s grace at work both inside and outside them.