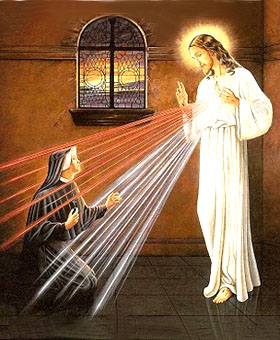 Brothers and sisters:
Sin must not reign over your mortal bodies
so that you obey their desires.
And do not present the parts of your bodies to sin
as weapons for wickedness,
but present yourselves to God as raised from the dead to life
and the parts of your bodies to God
as weapons for righteousness.
For sin is not to have any power over you,
since you are not under the law but under grace.

What then? Shall we sin because we are not under the law
but under grace?
Of course not!
Do you not know that if you present yourselves
to someone as obedient slaves,
you are slaves of the one you obey,
either of sin, which leads to death,
or of obedience, which leads to righteousness?
But thanks be to God that, although you were once slaves of sin,
you have become obedient from the heart
to the pattern of teaching to which you were entrusted.
Freed from sin, you have become slaves of righteousness.

Jesus said to his disciples:
“Be sure of this:
if the master of the house had known the hour
when the thief was coming,
he would not have let his house be broken into.
You also must be prepared,
for at an hour you do not expect, the Son of Man will come.”

Then Peter said,
“Lord, is this parable meant for us or for everyone?”
And the Lord replied,
“Who, then, is the faithful and prudent steward
whom the master will put in charge of his servants
to distribute the food allowance at the proper time?
Blessed is that servant whom his master on arrival finds doing so.
Truly, I say to you, he will put him
in charge of all his property.
But if that servant says to himself,
“My master is delayed in coming,”
and begins to beat the menservants and the maidservants,
to eat and drink and get drunk,
then that servant’s master will come
on an unexpected day and at an unknown hour
and will punish the servant severely
and assign him a place with the unfaithful.
That servant who knew his master’s will
but did not make preparations nor act in accord with his will
shall be beaten severely;
and the servant who was ignorant of his master’s will
but acted in a way deserving of a severe beating
shall be beaten only lightly.
Much will be required of the person entrusted with much,
and still more will be demanded of the person entrusted with more.”

I. THEME: Put into practice what one knew.

The readings for today focus on practicing what people already knew, to benefit one’s life. In the first reading, Paul paid a special attention to two human positions: before and after receiving Christ. He advised the faithful to live according to the grace which Christ has brought to the faithful through his Passion and glorious Resurrection. If one intentionally immerses himself in sin as in his past, he will not be saved. In the Gospels, Jesus warned his disciples: They must live as faithful stewards in distributing of the mystery of salvation; if not, they will be punished more severe than those who do not know, when Jesus returns to judge.

1 / Readings I: You are the slaves to whom you obey.

(1) The legal status of people before and after Christ: Before Christ, human beings were completely under the law, and slavery to sin and death. They have no power to escape from these slaveries. When Christ comes, He freed people from the law, sin, and death. People, with the power of Christ’s grace, can escape these slaveries, to be free to live for God. St. Paul compared the state of the believer with the slave’s status: when a slave lives under his owner, he is completely dependent on his owner, and has no chance to escape from his slavery life, but when a ransom is paid to free him, the slave is now free to live for himself. The believers too, once liberated by Christ, they are no longer slaves to sin, but are free and are equipped to live for God.

(2) The inner status of people before and after Christ: Before Christ, people have no strength to resist the power of sin beside the law tells them that it is a sin, but it does not help people to overcome sin. When Christ comes, he gives grace to people so they can overcome sin. St. Paul ascertained that: “For sin will have no dominion over you, since you are not under law but under grace.”

Paul knew someone would question: “What then? Are we to sin because we are not under law but under grace?” and he answered: “By no means!” Paul meant with Christ’s appearance, sin and death no longer have absolute power on people; but if they reject a life according to grace by keep living in sins, they will not have salvation. This is the sin against the Holy Spirit which we discussed many times.

1.2 / The results of the two lifestyles: St. Paul explained: “Do you not know that if you yield yourselves to any one as obedient slaves, you are slaves of the one whom you obey, either of sin, which leads to death, or of obedience, which leads to righteousness?”

(1) The result of a life according to sin: When people are slaves to the law and sins, they have no power to escape sins and no way to become righteous. The result is death as God said to Moses when He gave the Ten Commandments to people.

(2) The result of a life according to grace: With Christ’s appearance, Christians become righteous because they believe in Christ. He gives them grace to live a holy life, and sets them free from death to inherit the eternal life.

One thing people must keep in mind is that even Christ came to liberate, people still have freedom to choose between the two lifestyles. If they choose to immerse in sins, they will be death and live far away from God. An example will help us to understand what Paul explained. Medicine can heal, but a patient must abstain from dangerous food in order to be healed. If a patient relies too much on the medicine and do not abstain, the medicine will loose its effect; and his disease will get worse.

2/ Gospel: That servant who knew his master’s will, but did not make ready or act according to his will, shall receive a severe beating.

2.1/ The owner handles his property and the right of distribution to his steward: A steward is chosen by his owner, though he has power over all other servants; but to his owner, he is still a servant. His duty is to manage all of business and servants in the household when his owner absents; one of his duties is to provide food for servants on time. Who is the servant whom Jesus wanted to imply here?

Peter said, “Lord, are you telling this parable for us or for all?” Jesus answered, “Who then is the faithful and wise steward, whom his master will set over his household, to give them their portion of food at the proper time?” Jesus’ answer implied his apostles. They are the ones who were chosen, trusted, trained, and sent out by Jesus to preach the Good News. They must be responsible before Christ about those whom he sent his disciples to preach. The answer can also be extended to all Christians for they are also leaders in their families and communities.

2.2/ The steward’s attitude: He can fall into one of these two attitudes:

(1) Faithfull and the reward: A faithfull steward is the one who fulfills his duties when his owner presents or absents. If a steward had that kind of attitude, it is no surprise to his owner when he suddenly shows up and finds him doing as such. Jesus praised this steward: “Truly, I say to you, he will set him over all his possessions;” because whoever was loyal to small things, also loyal to great things.

(2) Unfaithfull and the punishment: But if that servant thinks: “My master is delayed in coming, and begins to beat the menservants and the maidservants, and to eat and drink and get drunk, the master of that servant will come on a day when he does not expect him and at an hour he does not know, and will punish him, and put him with the unfaithful.”

And Jesus declared: “the servant who knew his master’s will, but did not make ready or act according to his will, shall receive a severe beating. But he who did not know, and did what deserved a beating, shall receive a light beating. Every one to whom much is given, of him will much be required; and of him to whom men commit much they will demand the more.”

– Jesus taught us all things, even the way we must prepare for our future. We should listen and and prepare for accordingly.

– Christians have been taught and equipped with graces; if they don’t follow God’s will, they will be judged more severe than those who are not.