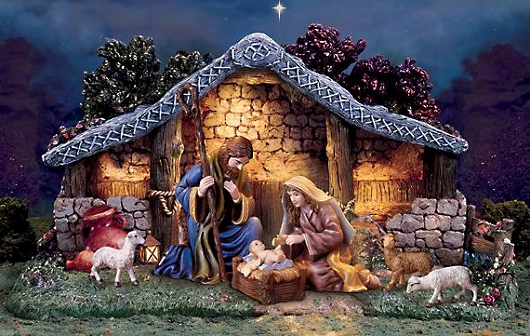 Reading 1 (1 Jn 2:3-11): Beloved:
The way we may be sure that we know Jesus
is to keep his commandments.
Whoever says, “I know him,” but does not keep his commandments
is a liar, and the truth is not in him.
But whoever keeps his word,
the love of God is truly perfected in him.
This is the way we may know that we are in union with him:
whoever claims to abide in him ought to walk just as he walked.

Now there was a man in Jerusalem whose name was Simeon.
This man was righteous and devout,
awaiting the consolation of Israel,
and the Holy Spirit was upon him.
It had been revealed to him by the Holy Spirit
that he should not see death
before he had seen the Christ of the Lord.
He came in the Spirit into the temple;
and when the parents brought in the child Jesus
to perform the custom of the law in regard to him,
he took him into his arms and blessed God, saying:

“Lord, now let your servant go in peace;
your word has been fulfilled:
my own eyes have seen the salvation
which you prepared in the sight of every people,
a light to reveal you to the nations
and the glory of your people Israel.”

The child’s father and mother were amazed at what was said about him;
and Simeon blessed them and said to Mary his mother,
“Behold, this child is destined
for the fall and rise of many in Israel,
and to be a sign that will be contradicted
(and you yourself a sword will pierce)
so that the thoughts of many hearts may be revealed.”

I. THEME: To know God is to walk in His way.

The Vietnamese concept of “knowing” is closer to Hebrew than to Greek. The Greek conceive “knowing” belongs to intellectual act, while the Hebrew think “knowing” must affect one’s life. The Vietnamese say “knowing and doing must be together” in order to bring benefits to people, and the emphasis is more on doing than on talking because talking can attract people; but doing can convince people to follow. If someone knows but don’t act on it, what shall his knowing benefit him?

Today readings center on to know God is to walk in His way. In the first reading, St. John explained the concept “to know God” for the Greek. To him, to know God wasn’t purely intellectual, but related to the believer’s moral life. He declared: “He who says “I know him” but disobeys his commandments is a liar, and the truth is not in him.” In the Gospel, St. Luke highlighted the exemplars of those who knew and walked according to God’s way, they are St. Joseph, the Blessed Mary and Simeon.

1/ Reading I: “He who says he abides in him ought to walk in the same way in which he walked.”

1.1/ Two different ways of understanding: When Christianity expanded from Israel to Hellenistic world, St. John must face Greek’s understanding and reason. One of his effort was to explain the concept of “to know God” for them.

(1) To the Greek: To know God is purely intellectual, not moral thing; therefore, one could say he knows God without keeping His commandments. To the Greek, man can liberate himself by knowledge and reason; for example, Gnosticism.

(1) It is old: because it was said from the beginning. The book of Leviticus has this commandment: “You shall love your neighbor as youselves” (Lev 19:18).

(2) It is new: because it was taught and practiced by Christ (Jn 13:34). There are something old, but become new because of the one who does it; for example, an old song but is performed in a new way by a singer. Similarly, when Christ lived the commandment of love, he opened to people a new horizon. He widens the commandment of love to sinners and enemies. He teaches us: “Greater love has no man than this, that a man lay down his life for his friends” (Jn 15:13). He went ahead to set a perfect example for us by his death on the cross.

– Light with love: “He who loves his brother abides in the light, and in it there is no cause for stumbling.”

2/ Gospel: The exemplars of those who lived according to God’s way.

2.2/ Simeon believed in God’s promise and the Holy Spirit’s guidance.

(1) St. Luke gave us a sketch of Simeon’s life: “This man was righteous and devout, looking for the consolation of Israel, and the Holy Spirit was upon him.And it had been revealed to him by the Holy Spirit that he should not see death before he had seen the Lord’s Christ. And inspired by the Spirit he came into the temple.”

(2) ‘When the parents brought in the child Jesus, to do for him according to the custom of the law,he took him up in his arms and blessed God and said,”Lord, now let thou thy servant depart in peace, according to thy word;for mine eyes have seen thy salvationwhich thou hast prepared in the presence of all peoples,a light for revelation to the Gentiles, and for glory to thy people Israel.”

(1) About the Infant Jesus: “Behold, this child is set for the fall and rising of many in Israel, and for a sign that is spoken against.” Many who are fallen or risen completely depending on their reactions to Christ. During his life on earth, those who were fallen down are mostly scribes and Pharisees, because they denied to believe in him and always try to find faults in order to debase and to destroy him. Those who were risen are tax-collectors, harlots and Gentiles; though they were public sinners, but when Jesus showed his compassion, they repented and believed in him.

(2) About Mary: “and a sword will pierce through your own soul also, that thoughts out of many hearts may be revealed.” Jesus’ life closely related to Mary’s life, his suffering is her suffering. The Blessed Mary accompanied her son from his birth to his death on the cross.

– We must show our knowledge of God by our life of witness through carefully keeping His teachings.

– The most important commandment Christ teaches us is “to love God and our neighbor as ourselves.” We don’t only know this commandment, but also to practice it in our relationship with God and with others.