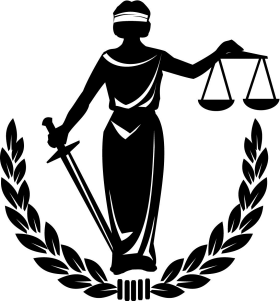 Thus says the LORD to his anointed, Cyrus,
whose right hand I grasp,
subduing nations before him,
and making kings run in his service,
opening doors before him
and leaving the gates unbarred:
For the sake of Jacob, my servant,
of Israel, my chosen one,
I have called you by your name,
giving you a title, though you knew me not.
I am the LORD and there is no other,
there is no God besides me.
It is I who arm you, though you know me not,
so that toward the rising and the setting of the sun
people may know that there is none besides me.
I am the LORD, there is no other.

Paul, Silvanus, and Timothy to the church of the Thessalonians
in God the Father and the Lord Jesus Christ:
grace to you and peace.
We give thanks to God always for all of you,
remembering you in our prayers,
unceasingly calling to mind your work of faith and labor of love
and endurance in hope of our Lord Jesus Christ,
before our God and Father,
knowing, brothers and sisters loved by God,
how you were chosen.
For our gospel did not come to you in word alone,
but also in power and in the Holy Spirit and with much conviction.

The Pharisees went off
and plotted how they might entrap Jesus in speech.
They sent their disciples to him, with the Herodians, saying,
“Teacher, we know that you are a truthful man
and that you teach the way of God in accordance with the truth.
And you are not concerned with anyone’s opinion,
for you do not regard a person’s status.
Tell us, then, what is your opinion:
Is it lawful to pay the census tax to Caesar or not?”
Knowing their malice, Jesus said,
“Why are you testing me, you hypocrites?
Show me the coin that pays the census tax.”
Then they handed him the Roman coin.
He said to them, “Whose image is this and whose inscription?”
They replied, “Caesar’s.”
At that he said to them,
“Then repay to Caesar what belongs to Caesar
and to God what belongs to God.”

According to justice, we must render to people what belong to them. When we pay taxes to governments, we render to them what they are serving us, such as: safety, public school and transportations… Bad things happen when people violate justice: they want to be served without making contribution, or to get paid without service.

In today Gospel, the scribes and the Herodians got together to set up a trap for Jesus. They asked him: “Is it lawful to pay taxes to Caesar, or not?” They thought Jesus will have no chance to escape their trap; but Jesus’ answer was not only caused them to surprise, but also invited them to examine their conscience because they violated justice against God and others. The first and the second readings invite us to recognize what belong to God.

1/ Reading I: God does everything through all kinds of people.

There are five times in this passage, the prophet used the subject “I” to indicate God’s active role; Cyrus was only the one who responded. God also helped him to conquer the Babylon empire and nations: “Thus says the LORD to his anointed, to Cyrus, whose right hand I have grasped, to subdue nations before him and ungird the loins of kings, to open doors before him that gates may not be closed.”

1.2/ God used King Cyrus for a purpose: That is to set free the Israelites from exiles as He clearly indicated: “For the sake of my servant Jacob, and Israel my chosen.” On 587 BC, God used Nebuchanezzar, the Babylonian King, as a rod to punish the Israelites. Nebuchanezzar conquered the Judean kingdom, destroyed the Temple, and took all Judeans to Babylon for exile. After 70 years of purification in Babylon, as Jeremiah recorded (cf. Jer 25:11-12), God let the remnant of Israelites to return and to rebuild the Temple. This is the reason why God chose Cyrus, the Persian King, to conquer the Babylonian Empire. After the victory, Cyrus signed a decree to set free the Israelites and let them to return to their country to rebuild their nation. In addition to that, the Persian King returned all the Temple’s properties which Nebuchanezzar seized and also helped them with all necessary mean to rebuild the Temple.

1.3/ God used kings as His instruments to accomplish His wills: History showed all power come from God as repeated in the first reading: “There is none besides me; I am the LORD, and there is no other.” God used the Babylolian King as a rod to punish the Israelites; but when the Israelites repented, God used the Persian King to conquer the Babylonian King as He broke up that rod. The Babylonian King did not know God’s plan, for he thought he conquered the Judean kingom with his military power. He did what God wanted though he did not even know Him. The Persian King knew his victory came from God, and he did what God commanded him to do. In short, the One who plans and controls every thing is God Himself.

2/ Reading II: Know where your gifts come from and say thank to the right benefactor.

We usually feel angry when someone takes away our hard work as theirs, or attributes what is ours to others; but many times we do the same thing to God, either by taking God’s grace as our own effort or by attributing it to someone else. St. Paul taught us a valuable lesson: we must render to God what belongs to Him. God has prepared everything for the church at Thessalonica.

2.1/ It is not from the preacher: Though he is the founder of the Thessalonian Church, St. Paul did not think it was his work when he saw this community was beautifully developed. He knew God is the author of this result, and he, together with his disciples, thanked God for that: “We give thanks to God always for you all, constantly mentioning you in our prayers,remembering before our God and Father your work of faith and labor of love and steadfastness of hope in our Lord Jesus Christ.”

2.2/ It is not from the believers: Like God acted through the kings in the first reading, He also prepared everythings for the Thessalonians so that they can believe in Christ, love each other, and patiently wait for the Second Coming of Christ. When one accomplished these things, he might think it is by his own power and effort; but St. Paul pointed out it is purely God’s works through the following steps:

(1) God chose men out of His compassion: The first step is the deciding step, God chose people, not that they chose Him. If God doesn’t choose them, people will be destroyed in their sins. Since God chose people, He prepared the Plan of salvation through Christ’s Incarnation, Passion, Death and Resurrection.

(2) God continuously sent out His preachers: The Church is begun with the apostles and disciples which Christ chose, trained and sent them out to preach the Good News. After that, the chosen apostles and disciples continually selected their disciples, trained and sent them out to proclaim the Good News. The Church through all generation still continues this tradition of training preachers. St Paul realized this important fact and questioned: How can people believe in Christ without the preachers?

(3) God sends the Holy Spirit to enlighten people so that they might understand what are preaching: This is also the deciding step. St. Paul explained this beautifully: “for our gospel came to you not only in word, but also in power and in the Holy Spirit and with full conviction.”

(4) A life of witness of Christ’s disciples: When one preaches the Good News to people, he preaches not only by words but also by his life of witness, as St. Paul pointed out: “You know what kind of men we proved to be among you for your sake.”

3.1/ The Pharisees’ trap: They went and took counsel how to entangle Jesus in his talk. After that they sent their disciples to him, along with the Herodians. Their purpose when sending out these two groups of people was to seize Jesus by the Herodians if Jesus gives a “no” answer, and to cause a pressure on Jesus by their disciples if Jesus gives a “yes” answer. Beginning with a fake praise, they asked Jesus: “Teacher, we know that you are true, and teach the way of God truthfully, and care for no man; for you do not regard the position of men. Tell us, then, what you think. Is it lawful to pay taxes to Caesar, or not?”

These people were not truthful to themselves. If they were sincere when they praised Jesus, they did not put him to a test. But Jesus saw their wicked intention, he said to them: “Why put me to the test, you hypocrites? Show me the money for the tax.” And they brought him a coin.

If Jesus gives a “no” answer, the Heroridans will seize him right away, because he told people to disobey the Roman Emperor. If Jesus gives a “yes” answer, he will loose the respect from Jewish people, because he takes side with the Romans to repress people. To the Pharisees, there is only one God; they did not think they must pay tax to the Romans, and considered tax-collectors as public sinners and as Gentiles.

With this answer, Jesus wanted to teach them two things:

(1) They are citizens of worldly kingdom: According to justice, they must pay tax to their government so that the government can serve them.

(2) They are citizens of heavenly kingdom: According to justice, they must revere God and pay back what belong to Him, that are: time, grace, love, protection…

– All authority come from God no matter if people know Him or not. God can use a king as His rod to punish people, and broke that rod when He finished using.

– Our faith are also from God. He chose us, gave us opportunities to hear about Him, and sent the Holy Spirit to help us to understand the truth and to believe in Christ. He also sent preachers to preach the Good News to us.

– We are the citizens of both worldly and heaven kingdom. We must discern and find out the answer for the question “what belong to God?” Then we must be brave to render to Him what belong to Him. As the citizen of worldly kingdom, we have a duty to make contributions to build up our nation.