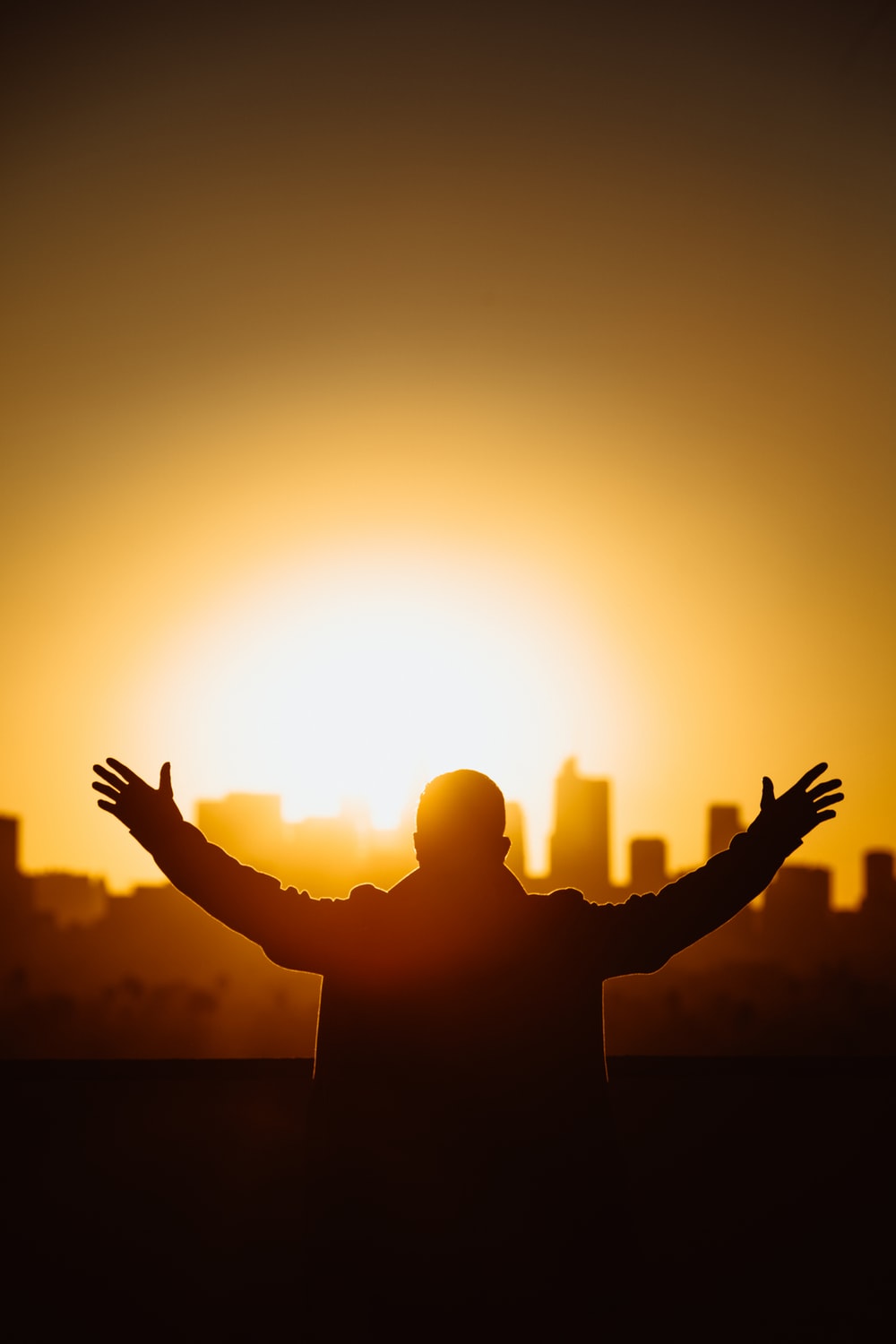 1/ First Reading (Gen 18:20-32): 20 So the Lord said: The outcry against Sodom and Gomorrah is so great, and their sin so grave, 21 that I must go down to see whether or not their actions are as bad as the cry against them that comes to me. I mean to find out.

2/ Second Reading (Col 2:12-14): 12 You were buried with him in baptism, in which you were also raised with him through faith in the power of God, who raised him from the dead. 13 And even when you were dead [in] transgressions and the uncircumcision of your flesh, he brought you to life along with him, having forgiven us all our transgressions; 14 obliterating the bond against us, with its legal claims, which was opposed to us, he also removed it from our midst, nailing it to the cross.

3/ Gospel (Lk 11:1-13): 1 He was praying in a certain place, and when he had finished, one of his disciples said to him, “Lord, teach us to pray just as John taught his disciples.” 2 He said to them, “When you pray, say: Father, hallowed be your name, your kingdom come.

3 Give us each day our daily bread,

4 and forgive us our sins for we ourselves forgive everyone in debt to us,

and do not subject us to the final test.”

5 And he said to them, “Suppose one of you has a friend to whom he goes at midnight and says, ‘Friend, lend me three loaves of bread, 6 for a friend of mine has arrived at my house from a journey and I have nothing to offer him,’ 7 and he says in reply from within, ‘Do not bother me; the door has already been locked and my children and I are already in bed. I cannot get up to give you anything.’ 8 I tell you, if he does not get up to give him the loaves because of their friendship, he will get up to give him whatever he needs because of his persistence.

9 “And I tell you, ask and you will receive; seek and you will find; knock and the door will be opened to you. 10 For everyone who asks, receives; and the one who seeks, finds; and to the one who knocks, the door will be opened. 11 What father among you would hand his son a snake when he asks for a fish? 12 Or hand him a scorpion when he asks for an egg? 13 If you then, who are wicked, know how to give good gifts to your children, how much more will the Father in heaven give the holy Spirit to those who ask him?”

There are many different definitions about praying. Some simply define as to raise one’s soul to God. Others defines praying is to bargain with God. Still others define praying as talking to God as two friends talk to each other. Lastly some think praying as to ask for what we are needing. All these definitions see different aspects of praying; putting all together give us a whole understanding of praying.

Today readings show us different aspects of praying. In the first reading, due to Abraham’s love for the Sodomites, he courageously confidently bargained with God so that He shall not punish those people. Though he did not get what he wanted; but he showed us that we can bargain with God, and the good works of some people have power so that God can forgive for the whole city. In the second reading, God’s mercy for people is expressed through His giving us Christ, His Only Son. He came to obliterate the bond against us by His death on the cross and to give us hope to live forever with God. In the Gospel, Christ taught His disciples how to properly pray through the Our Father, and the two necessary conditions when praying that are believing and perseverance.

1.1/ Mutual responsibilities between one another in good and bad deeds: This is the passage written by J-tradition which called God as Yahweh and described an intimate relationship between God and men. Though He is God, but because of His hearty friendship with Abraham, He revealed to Abraham what He is going to do for the Sodomites.

Two of God’s most important characters are justice and mercy. Many people, including the author of the Book of Genesis and Abraham, questioned: What character shall God use to judge and to condemn people? Abraham wanted God to have mercy and to forgive the Sodomites so he approached God and asked Him: “Will you really sweep away the righteous with the wicked? 24 Suppose there were fifty righteous people in the city; would you really sweep away and not spare the place for the sake of the fifty righteous people within it? 25 Far be it from you to do such a thing, to kill the righteous with the wicked, so that the righteous and the wicked are treated alike! Far be it from you! Should not the judge of all the world do what is just?”

1.2/ God is both just and merciful in punishing: Abraham wanted to enkindle God’s mercy. He asked God to pay attention to good works of some so He could forgive Sodom city where his nephew, Lot and his family are living. Abraham bargained with God, beginning with fifty and gradually decreasing to ten righteous men; but he couldn’t decrease lesser than ten. Therefore, God destroyed Sodom by fire from heaven except Lot and his family.

What is God’s standard to judge and to punish people? Though we couldn’t find a clear answer; but the author showed us that God’s judgment is not so strict that people can’t bargain or pray, and it is not so easy that whatever people pray or intercede, they will get what they want.

2/ Second Reading: Christ intercedes for us before God’s throne.

2.1/ The sacrament of Baptism is more perfect than circumcision: Many Jews believe circumcision is the sign to show that they belong to God, His own people. However, many prophets rejected this belief and demonstrated circumcision in the flesh is not enough for God’s protection. They must circumcise both their ears to listen to God’s words and their heart to obey and to do God’s will.

St. Paul reminds the Colossians about the Baptism’s importance: “13 And even when you were dead in transgressions and the uncircumcision of your flesh, he brought you to life along with him, having forgiven us all our transgressions.”

St. Paul explained about the sacrament of Baptism as follows: When a person is immersed in the water of Baptism, all his sins are washed out because Christ’s death and burial, so that when he is raised from water, he is a new person in Christ. He is also risen and lived with Him. His life from now on is closely connected with Christ’s life, so he can utter as St, Paul: “I live, but not me. It is Christ who lives in me.” Because of Christ’s death, God wipes out all people’s sins and people are reconciled with God.

2.2/ He wiped out our cheirógraphon by nailing it to the cross: The book of debts (cheirógraphon) was only used here in the New Testament. This noun means all debts are written by black ink and white paper. In commercial field, it spells out all debts of a person must be paid to his creditor. In the law, it is all sins of a person.

People owed God many things in all aspects. Here, Paul probably wanted to emphasize about the cheirógraphon according to the law. Every time one didn’t keep a law, he committed a sin, the punishment of a serious sin with free will is death. Death is a punishment of disobedience (Gen 2:17; Dt 30:19). If understanding as such, how many times must one be died!

In the Letter to the Romans, Paul explained more clearly how Christ liberate people from the law, sins and death (chapters 6-8). In the Letter to the Ephesians, Paul also indicated that the reason of the book of debts is because of the laws. All people’s books of debts were destroyed when Christ, the representator for all people, carried all punishments of people’s sins on His shoulders and volunteered to be nailed to the cross.

3/ Gospel: Jesus taught His disciples how to pray and their needed attitudes.

3.1/ The most perfect prayer, the Our Father: People don’t know how to properly pray because the principal thing needed to ask for, they don’t ask, but ask for supplemental or unprofitable thing in future. For examples, one prays for richness or power; and then is gradually immersed in sins and living far away from God. When Jesus’ disciples ask Him how to pray, He taught them the Our Father. This prayer is regarded as the most important prayer because it came from Christ who knows how to perfectly God’s will, and it does not lack anything which people should pray for.

There are two differences between Luke’s and Matthew’s Our Father: First, there is no verse, “your will be done, on earth as in heaven” in Luke. Secondly, there is also no verse, “deliver us from the evil one” in his report.

Both reports emphasized the important of praying first for “hallowed be your name, your kingdom come” before for basic human needs. Daily food, forgiveness, and strength to overcome temptations are three important needs in the Christian daily life.

3.2/ The proper attitudes when praying: Jesus listed out the two attitudes:

(1) Perseverance: The example which Jesus gave, requires people must have the persevered attitude when they pray. The Jewish tradition is very hospitable, especially for a long-distance guest. The asked was put in a difficult situation: either to be unhospitable or to annoy his neighbor. He chose the second one to satisfy his friend’s need.

The ancient Jewish house is not big like ours and family’s members are many, so all the members used to sleep together, either on the floor or on one bed. Therefore, if one member must open the door, other members are also awakened up. This is the reason why the owner must reject his friend in the beginning; but when his friend is so persisted, he had to get up and to let him to borrow, not out of the friendship; but because of his friend’s stubbornness.

(2) Trust: This attitude is even more important than perseverance because it is the cause why people come to God. It is almost in all Jesus’ miracles He only performs when he sees the sign of faith. He shall deny working any miracle if He only sees stubbornness or testing.

– We have a duty to pray for sinners’ repentance because it pleases God. Remember that one’s sin or one’s good work shall affect a whole family or community.

– Christ is the cause of all forgiveness, reconciliation and blessings. For our prayers are accepted by God, we must ask in Christ’s name and His merits.

– In order for our prayers are effective, we need to have a persevered and trustful attitude in God. We can pray for anything which pleases God; but we should be ready to accept His will.