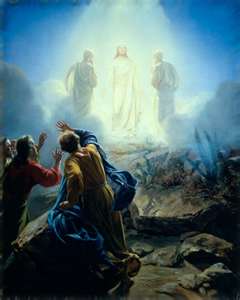 Not many of you should become teachers, my brothers and sisters,
for you realize that we will be judged more strictly,
for we all fall short in many respects.
If anyone does not fall short in speech, he is a perfect man,
able to bridle the whole body also.
If we put bits into the mouths of horses to make them obey us,
we also guide their whole bodies.
It is the same with ships:
even though they are so large and driven by fierce winds,
they are steered by a very small rudder
wherever the pilot’s inclination wishes.
In the same way the tongue is a small member
and yet has great pretensions.

Consider how small a fire can set a huge forest ablaze.
The tongue is also a fire.
It exists among our members as a world of malice,
defiling the whole body
and setting the entire course of our lives on fire,
itself set on fire by Gehenna.
For every kind of beast and bird, of reptile and sea creature,
can be tamed and has been tamed by the human species,
but no man can tame the tongue.
It is a restless evil, full of deadly poison.
With it we bless the Lord and Father,
and with it we curse men
who are made in the likeness of God.
From the same mouth come blessing and cursing.
My brothers and sisters, this need not be so.

Jesus took Peter, James, and John
and led them up a high mountain apart by themselves.
And he was transfigured before them,
and his clothes became dazzling white,
such as no fuller on earth could bleach them.
Then Elijah appeared to them along with Moses,
and they were conversing with Jesus.
Then Peter said to Jesus in reply,
“Rabbi, it is good that we are here!
Let us make three tents:
one for you, one for Moses, and one for Elijah.”
He hardly knew what to say, they were so terrified.
Then a cloud came, casting a shadow over them;
then from the cloud came a voice,
“This is my beloved Son. Listen to him.”
Suddenly, looking around, the disciples no longer saw anyone
but Jesus alone with them.

As they were coming down from the mountain,
he charged them not to relate what they had seen to anyone,
except when the Son of Man had risen from the dead.
So they kept the matter to themselves,
questioning what rising from the dead meant.
Then they asked him,
“Why do the scribes say that Elijah must come first?”
He told them, “Elijah will indeed come first and restore all things,
yet how is it written regarding the Son of Man
that he must suffer greatly and be treated with contempt?
But I tell you that Elijah has come
and they did to him whatever they pleased,
as it is written of him.”

I. THEME: Jesus requires us to accept His way.

Faith requires two dimensions: If we believe what other said is true, we must act according to it. We can’t say we believe and then do the opposite. For example, if the wife said she trusts her husband; but wherever he goes, she requires to accompany him. Is this meant she trusts her husband? Similarly to our faith in God, if we professed our faith in God, we must keep what He teaches us.

Today readings concentrate on our expression of faith in God and others. In the first reading, James helped us to recognize the benefits and the damages of the tongue. If a man learns how to control his tongue, he can control himself. In the Gospel, Jesus brought with him three closed apostles to Mt. Thabor so they could see His true glory with two famous witnesses of the Old Testament, Moses and Elijah. The purpose of the Transfiguration is for them to believe he is the Son of God, and to accept a Messiah who must go through sufferings to save humankind.

1/ Reading I: No human being can tame the tongue — a restless evil, full of deadly poison.

(1) The benefits of the tongue:

– To praise God: This might be the main purpose of the tongue when God creates it.            – To preach the Gospel: Many scholars called prophets are God’s tongue. Since God is invisible and has no tongue, He used prophets’ tongue to proclaim to people what He wants.

– To spread knowledge: Humankind will be poor in knowledge if there are no tongues of teachers and parents, especially in the ancient time when there were no modern mass media as we have now. Using the tongue is the popular way to transfer knowledge from one to another.

– To build up others: A thoughtful word can rise up the desperate. A verse from God or holy people can change one’s whole life.

(2) The damages of the tongue:

– To kill others: The tongue can kill by wrong accusation, slander, sedition and contention. Many people lost their career or body because of someone’s backbiting. Many families are destroyed because either husband or wife can’t control their tongues and say wicked words which deeply hurt other. There are also tongues that like to talk all day, cause others to be angry, and sometimes cause other to do things that lead them to prison.

– To show off, to exaggerate and to boast: The tongue can talk about imagined things that never happen in reality. St. James rightly said, “So the tongue is a little member and boasts of great things. How great a forest is set ablaze by a small fire! And the tongue is a fire.”

1.2/ One must learn how to control one’s tongue: When people control their tongue, they can control their whole body. James used the image of the horse’s bridle: “If we put bits into the mouths of horses that they may obey us, we guide their whole bodies.” People will be judged by what they said to others.

It is very difficult to control one’s tongue. Human beings can conquer all things but can’t control their tongue, as Jame said: “For every kind of beast and bird, of reptile and sea creature, can be tamed and has been tamed by humankind, but no human being can tame the tongue — a restless evil, full of deadly poison.”

2.1/ What happened when Jesus transfigured:

(1) Jesus conversed with Elijah and Moses: Elijah is the representative for the prophets, and Moses, the representative of the Law. What did they talk about? Based on the apostles’ question below, “what the rising from the dead meant?” we can guess they talked about Jesus’ passion, death and resurrection. The report according to Luke said more clearly: “And behold, two men talked with him, Moses and Elijah,  who appeared in glory and spoke of his departure, which he was to accomplish at Jerusalem” (Lk 9:30-31).

(2) The Father’s voice from heaven: “This is my beloved Son; listen to him.” This voice was spoken the first time when Jesus was baptized by John at Jordan river. The Father’s voice confirmed Jesus’ coming passion and death. He wanted to advise Jesus’ apostles that they should believe what Jesus was revealing to them.

2.2/ The purposes of the Transfiguration: are for the apostles to believe not only Jesus is the Messiah but also he must go through his passion to save people. The apostles were easy to believe the first than the second, as we shall see their reactions in three times which Jesus revealed his passion to them.

(1) Resurrection from death: “And as they were coming down the mountain, he charged them to tell no one what they had seen, until the Son of man should have risen from the dead. So they kept the matter to themselves, questioning what the rising from the dead meant.”

Why did Jesus prohibit them to talk to people about his Transfiguration event? One more time, this clarifies “the secret of the Messiah” in Mark. Jewish tradition couldn’t accept a suffering Messiah, especially he must be dead to redeem people. The apostles can talk about this event after Jesus resurrected from death, as a proof of whatever Jesus said, is fulfilled.

(2) Elijah has come: Jesus wanted to say about John Baptist’s imprisonment and death by Herod’s hand. He also let them know that if they maltreated the herald as such, they shall also treat the Messiah the same. Even though Jesus let his apostles see his true identity and clearly explained everything for them, but it is still difficult for the apostles to accept a suffering Messiah, because they believed not only in the tradition but also, as the majority of men, they don’t want to follow the way of the cross!

– Let us learn how to use our tongue to praise God, to preach the Gospel, to instill knowledge, and to build up each other.

– Believing in God demands us to practice what He teaches. If we say we believe in God and don’t do what He commands, the truth isn’t in us.

– Many time we refused to do what God teaches because it isn’t what we desire; but if we do what God commands, we shall harvest good results.