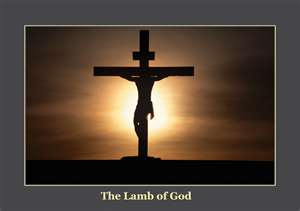 My brothers and sisters, show no partiality
as you adhere to the faith in our glorious Lord Jesus Christ.
For if a man with gold rings and fine clothes
comes into your assembly,
and a poor person with shabby clothes also comes in,
and you pay attention to the one wearing the fine clothes
and say, “Sit here, please,”
while you say to the poor one, “Stand there,” or “Sit at my feet,”
have you not made distinctions among yourselves
and become judges with evil designs?

Listen, my beloved brothers and sisters.
Did not God choose those who are poor in the world
to be rich in faith and heirs of the Kingdom
that he promised to those who love him?
But you dishonored the poor.
Are not the rich oppressing you?
And do they themselves not haul you off to court?
Is it not they who blaspheme the noble name that was invoked over you?
However, if you fulfill the royal law according to the Scripture,
You shall love your neighbor as yourself, you are doing well.
But if you show partiality, you commit sin,
and are convicted by the law as transgressors.

Jesus and his disciples set out
for the villages of Caesarea Philippi.
Along the way he asked his disciples,
“Who do people say that I am?”
They said in reply,
“John the Baptist, others Elijah,
still others one of the prophets.”
And he asked them,
“But who do you say that I am?”
Peter said to him in reply,
“You are the Christ.”
Then he warned them not to tell anyone about him.

He began to teach them
that the Son of Man must suffer greatly
and be rejected by the elders, the chief priests, and the scribes,
and be killed, and rise after three days.
He spoke this openly.
Then Peter took him aside and began to rebuke him.
At this he turned around and, looking at his disciples,
rebuked Peter and said, “Get behind me, Satan.
You are thinking not as God does, but as human beings do.”

I. THEME: The cross is the sign of God’s love.

Since people are easy to forget; therefore, a symbol is needed to remind them. Everytime people look at the symbol, they remember what happened. The purposes of memorization (anamnesis) are twofold: First, to help people to remember what the departed did for them. Secondly, to live deservedly with the departed’s love and sacrifice. The symbols could be the departed’s pictures, the monuments, the ceremonies, etc.

Today readings concentrate on the meaning of symbols and people’s proper behaviors. In the first reading, the author paid attention to the faithful’s manner to others. If they are Christ’s disciples, they can’t behave partially by respecting the rich and despising the poor. In the Gospel, Jesus foretold his disciples the way of the cross which he was going to pass by. Everytime looking at the cross, people are reminded the cause of the Son of God’s death and God’s love for His people.

1/ Reading I: The poor in the world are rich in faith and heirs of the kingdom.

1.1/ The faithful must discard partiality: The author advised his faithful: “My brethren, show no partiality as you hold the faith of our Lord Jesus Christ, the Lord of glory.”

(1) Partiality is an unfair tendency to treat one person, group, or thing better than another. For examples, one treats the rich better than the poor; the powerful than the lowly; the white than the black, etc. This can be the heathen’s way, but can’t be acceptable by Christians. Christ taught us: “Love your enemies and pray for those who persecute you,  so that you may be sons of your Father who is in heaven; for he makes his sun rise on the evil and on the good, and sends rain on the just and on the unjust” (Mt 5:44-45). St. Paul taught the same: “For in Christ Jesus you are all sons of God, through faith. For as many of you as were baptized into Christ have put on Christ. There is neither Jew nor Greek, there is neither slave nor free, there is neither male nor female; for you are all one in Christ Jesus” (Gal 3:26-28).

(2) Don’t treat others according to outside appearances, but according to human dignity, justice and love. The author illustrated a practical example: there are two people who entered a synagogue, one in rich clothing and other in poor clad. The faithful can’t treat one different from the other, but must treat them equally because both of them belonged to Christ’s family.

1.2/ Human beings in God’s plan of salvation: All material things belong to God; He gave them to people to use. The important thing is to properly use them, not to become a slave for them; especially not to set them above human dignity.

(1) Blessed are the poor: In reality, the poor are easy to believe in God than in themselves. In opposition, the rich rely on their possession and are easy to forget God and His teachings. That is the reason why the poor are blessed; therefore, insulting the poor is disregarding God’s teaching. The author reminded the faithful: “Listen, my beloved brethren. Has not God chosen those who are poor in the world to be rich in faith and heirs of the kingdom which he has promised to those who love him? But you have dishonored the poor man.”

(2) The rich usually treat the poor unjustly: The author listed out three characteristics of the rich: Firstly, they maltreat the poor by using their richness to oppress them. Secondly, they use their money to buy judges so that these people shall favorably judge them. Lastly, they are those who looked down on the Christians because the latter believed in a poor man who died naked on the cross and despised their richness.

2/ Gospel: The cross is the covenant of love between God and human beings.

2.1/ Jesus’ true identity: The Passion is near, Jesus knew in advance what shall happen to him. It is the time for him to know people’s faith in him, especially the faith of his disciples after he has revealed, taught and displayed of his power. Today passage happened on the way to villages of Caesarea Philippi which is Banias now. This is a beautiful and sacred area, it lies at the foot of Mt. Hermon and is the intersection of many Syrian rivers; therefore it is inundated with water. It is the origin source of Galilee sea and Jordan river, the only source of water for Palestine. There are many altar of gods which were discovered in this area: the god of Pan of the Greek; the emperor Caesar of the Romans; many gods of the Syrians and the Baal god of the Hebrew. The golden calf which Jeroboam made and put at Dan was also found in this area. Jesus intended to use this place and put out the question so that his disciples could recognize the difference between him and all the gods of other religions.

Jesus asked his disciples, “Who do men say that I am?” And they told him, “John the Baptist; and others say, Elijah; and others one of the prophets.” King Herode believed Jesus was John Baptist whom he killed and resurrected. The Jewish tradition believed the prophet Elijah shall come back before the Messiah’s coming. All these answers didn’t reveal Jesus’ true identity. Jesus put out the same question for his disciples: “But who do you say that I am?” Peter answered him, “You are the Christ.” And he charged them to tell no one about him. This is the correct answer which Jesus desired because this is his true identity, the Messiah, the one sent from the Father.

2.2/ The Messiah’s way of salvation: “And Jesus began to teach them that the Son of man must suffer many things, and be rejected by the elders and the chief priests and the scribes, and be killed, and after three days rise again. And he said this plainly.”

Peter, though he knew Jesus’ true identity, didn’t know Jesus’ way of salvation. He couldn’t accept a suffering Messiah who must go through the way of the cross to save humankind. He tried to persuade Jesus to use other way, and Jesus heavily rebuked him: “Get behind me, Satan! For you are not on the side of God, but of men.”

– Everytime when we look at the cross, we remember Jesus’ painful and humiliated death; and our sins are the cause of it. We also know that God the Father, out of His immense love, gave us His only Son to die for us and to bring salvation.

– We must respect human dignity of all people because they are God’s children and our brothers and sisters. They are also saved by Christ’s precious blood. We should never value material gains over human souls.