Please press the hightlighted to listen to the homily or download 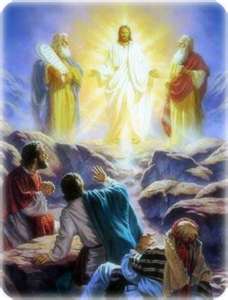 1/ Reading I: RSV Genesis 12:1 Now the LORD said to Abram, “Go from your country and your kindred and your father’s house to the land that I will show you. 2 And I will make of you a great nation, and I will bless you, and make your name great, so that you will be a blessing. 3 I will bless those who bless you, and him who curses you I will curse; and by you all the families of the earth shall bless themselves.” 4 So Abram went, as the LORD had told him.

2/ Reading II: RSV 2 Timothy 1:8 Do not be ashamed then of testifying to our Lord, nor of me his prisoner, but share in suffering for the gospel in the power of God, 9 who saved us and called us with a holy calling, not in virtue of our works but in virtue of his own purpose and the grace which he gave us in Christ Jesus ages ago, 10 and now has manifested through the appearing of our Savior Christ Jesus, who abolished death and brought life and immortality to light through the gospel.

3/ Gospel: RSV Matthew 17:1 And after six days Jesus took with him Peter and James and John his brother, and led them up a high mountain apart. 2 And he was transfigured before them, and his face shone like the sun, and his garments became white as light. 3 And behold, there appeared to them Moses and Elijah, talking with him. 4 And Peter said to Jesus, “Lord, it is well that we are here; if you wish, I will make three booths here, one for you and one for Moses and one for Elijah.” 5 He was still speaking, when lo, a bright cloud overshadowed them, and a voice from the cloud said, “This is my beloved Son, with whom I am well pleased; listen to him.” 6 When the disciples heard this, they fell on their faces, and were filled with awe. 7 But Jesus came and touched them, saying, “Rise, and have no fear.” 8 And when they lifted up their eyes, they saw no one but Jesus only. 9 And as they were coming down the mountain, Jesus commanded them, “Tell no one the vision, until the Son of man is raised from the dead.”

I. THEME: Glory is only come after doing what God commands.

People act for a purpose. They know the greater of a goal, the greater of trials and sufferings. How could one persuade another to give up his will and do one’s will with many challenges? There are three possible ways: First, one promises him about the future reward. This way is only effective for the powerful who can give the reward. Secondly, one can explain for him to understand the reasonable connection between the undertaken work and the future reward. This is the way most people use to persuade others. Lastly, one can let him witness the result; this way is only achieved by God who has authority over all things.

Today readings illustrate all these three ways which were used in persuading people to have courage to do the will of the commander. In the first reading, God promises Abram that He shall give him a promised land, a descendant, blessing and protection for him and his descendants, if he has courage to leave his father’s land to be on the way according to His guidance. Abram did that and is inheriting the promises. In the second reading, St. Paul advised Timothy, his disciple, to sacrifice all things to co-operate with him in the mission of preaching the Good News because all of its benefits, such as: they and all people might be wiped out of their sins, become holy and inherit the salvation. In the Gospel, Jesus transfigured before his three disciples to let them foresee the glory they shall inherit if they accept his coming Passion, Death and Resurrection, and do things according to what he teaches.

1/ Reading I: All tribes on earth shall be blessed through Abram.

1.1/ God’s promises for Abram: Before God calls Abram, he and his family were peacefully lived at Urs, a prosperous city which lies on the intersection of the two great river, Tigris and Euphrates, in the modern Iraq. Abram didn’t know God, but knew how to use his intellect and reasoning to believe in the omnipotent God who creates and controls everything in this universe, not in the senseless gods which his father made and sell them. By that faith, he gradually recognized God and developed a closed relationship with Him. In today report, God promises with Abram three things:

(1) He shall give him a Promised Land, full of honey and milk: The Lord said to Abram, “Go from your country and your kindred and your father’s house to the land that I will show you.” This promise was fulfilled when God liberated his descendants from the slaved Egyptian land, passed over the Red Sea, wandered forty years in the deserts before Joshua led them to Canaan, the Promised Land. However, this land is only the type of the eternal life.

(2) He shall give him a descendant as many as stars in heaven and sand at the seashore: The Lord promised, “And I will make of you a great nation, and I will bless you, and make your name great, so that you will be a blessing.” The Israelites only become a nation after they entered the Promised Land. However, this promise is only achieved after Abram’s death. At present, he is the patriarch of all Jews, Catholics and all Christians whom are more than half of the world population.

(3) He shall bless and protect him and his descendant: The Lord said, “I will bless those who bless you, and him who curses you I will curse; and by you all the families of the earth shall bless themselves.” This promise was achieved in all Abram’s life through many events, such as: in fighting with all kings, liberating Sarah, his wife, twice, and continuing to bless and to protect his descendant, Isaac, Jacob and their descendants; especially in the Exodus event.

1.2/ What Abram must do: To inherit these promises, Abram must believe and do what God commanded. He must leave Urs, his native land, his father and kindred. He must overcome all fears, such as: who shall take care of Terak, his old father? What he shall do for living? How could he fight with local authorities and robbers on the way? When God’s promise shall be achieved? However, Abram was on the way as God commands because he completely trusted in God. He shall bless and protect him as promised. If he fears, he shall stay at Urs; how could he and his descendants inherit all God’s great promises?

2/ Reading II: “Share in suffering for the gospel in the power of God.”

(1) The salvation is given to men free of charge: People are saved and belonged to the saints is completely by God’s plan and grace, not by any good work they achieved. The salvation is for all people, not only the Jews.

(2) The gospel reveals God’s love for people: Paul writes, “In virtue of his own purpose and the grace which he gave us in Christ Jesus ages ago, and now has manifested through the appearing of our Savior Christ Jesus.” God loves people and bestows on them many graces in life. God’s graces are in many forms, but essentially are the Holy Spirit and graces from the sacraments which Christ established.

(3) The gospel reveals the way people can be saved: The center and most important thing of the gospel is Christ and his salvation. He destroyed death by his Passion and Resurrection to bring eternal life for people. If they want to be saved, they must believe in him.

2.2/ Timothy must sacrifice everything for the preaching of the gospel: In order to inherit and to bring great benefits of the gospel to all, the preachers of the gospel need to foreknow the challenges and the sufferings which they must endure.

(2) Preaching the gospel might be seized, persecuted, imprisoned or killed: Paul wrote this Letter to Timothy during his imprisoned time in Rome. The people of the Sandherin persecuted Paul because he preached Christ’s gospel and caused many people to believe in him. Paul’s persecution was forewarned by Christ before he came to Jerusalem.

(3) God’s power shall help the preachers to overcome all obstacles: Though was confronted with trials and suffering, Paul still advised Timothy, “Do not be ashamed then of testifying to our Lord, nor of me his prisoner, but share in suffering for the gospel in the power of God, who saved us and called us with a holy calling.”

3.1/ Why did Jesus reveal his glory for his three disciples? To understand the reason, we need to understand this passage in its content and historical background.

(1) After six days: This Transfiguration happens after six days Peter proclaimed Christ’s divinity at Carsarea Philippi and prevented him not to go to Jerusalem.

(2) Jesus’ coming Passion and Resurrection: There are important points which Christ wanted for his disciples to understand firmly. First, they must clearly understand who he is. This was solved when Peter, as the disciples’ representative, proclaimed, “You are Christ, the son of the living God.” Secondly, the way he redeems people is through his Passion, Death and Resurrection. His disciples didn’t firmly understand this point; that is why Peter prevented him to go to Jerusalem. As all the contemporary Jews, the disciples believed in a powerful Messiah who shall use his power to conquer foreign powers and to govern all nations; they couldn’t accept a Suffering Messiah who must suffer and die on the cross to save people. Therefore, Jesus wanted to bring along his three disciples to the mountain, so that they witness his relationship with the Father, his coming Passion which he must go through according is in God’s plan, and his glorious Resurrection after that.

(3) The Moses and Elijah’s presences: Moses is the representative of the Law because God gave the Ten Commandments and many decrees through him. He is considered the foundation of the Law and today event shows that the Law must be oriented to Christ for completion and perfection. Elijah is the representative of all the prophets. He is considered the most important prophet because of his preaching and power to perform miracles, today event also shows all the Prophetic Books must be oriented to Christ to find the fulfillment of all the prophecies concerning the Messiah.

(4) The content of their conversation: Based on the apostles’ question below, we can confirm that the content of Christ, Moses and Elijah’s conversation is about his Passion, Death and Resurrection. Luke’s report clearly said the theme of the conversation is what going to happen in Jerusalem (Lk 9:30-31). Therefore, both the Law and the Prophets are witnessed for and found their fulfillment in Christ, especially in his coming Passion and Death.

3.2/ The Father’s command: This is the second time the Father witnessed for Christ, His Beloved Son. The first time happened when Christ was baptized by John Baptist in the Jordan River. “To listen to him” is the most important command for Christ’s disciple. To the disciples, God wants them to listen to what Christ was revealing for them although these things aren’t what they want about the Messiah, but in God’s plan of salvation.

– Glorious results are not accidentally happened, but the results of listening and doing God’s commands.